The ANĀD FOUNDATION is a non-profit, non-government, literary-cultural charitable organization constituted for the purpose of service, promotion and preservation of the traditional human values and heritage in general, and in the devotional music of our tradition, in particular.

The Trust is dedicated to the phenomena of great maestros through whom the evolving human values attained high point of articulation.

Registered as a charitable trust with its office at C 26, Nizamuddin East, New Delhi – 110013 on March 14, 2008, as a non-profit charitable organization dedicated to the promotion and preservation of culture, with particular focus on the preservation and perpetuation of the endangered intangible cultural heritage and traditions of South Asia. 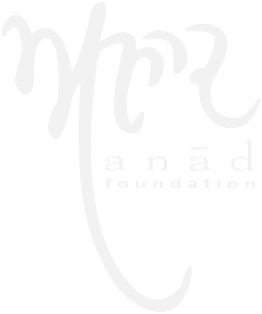 The ANĀD Foundation’s mission is to establish institutions as a means towards facilitating the recovery and enhancement of the intangible (sukhamvirsā) and tangible (sthūlvirsā) heritage of South Asia as a priority.

ANĀD has already set up ANĀD Archives and Research Center, a world-class audio-restoration studio in New Delhi, where a lot of rare archival recordings have been restored and preserved.